Skip to main content
Back to page
Reconstructive and plastic surgery 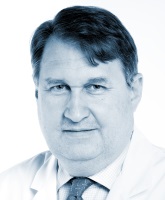 Professor Lengelé works mainly in reconstructive surgery and microsurgery in the field of cancer. He is recognised as a pioneer of regenerative surgery and the bioengineering of composite tissue grafts (face and hand). In 2005, he jointly carried out the first face transplant. As a result of this world first, he received a number of awards both in Belgium and abroad.

Professor Lengelé has published over 115 articles in the major scientific journals. He is an active or honorary member of several scientific societies including the Belgian Royal Academy of Medicine, the National Academy of Surgery (Paris) and the Royal College of Surgeons (London).

Back to page
Reconstructive and plastic surgery